There is no doubt that the face of education today is changing. Even considering our own family, the methods and materials we used to teach our two eldest are pretty different than what I use today – and that’s only with a space of about 9 years between our two oldest and three younger kids.

Despite that observation, however, there are some “old school” subjects that, were I starting over today, I would still incorporate in addition to the 3 three R’s. The first four can (should?) be started as early as the elementary years; the last would be best added in middle-school when your kiddos will be able to intellectually process the material.  Of course, over time there will always be new and “improved” resources and materials, but as of today, this is what I would definitely include, why I would include them, and the materials I have used to teach them.

I remember learning how to write as a child. I don’t mean stylistically; I mean the nuts-and-bolts of forming letters on paper. It was grueling. I learned the ball-and-stick method, as many of us “old schoolers” did, which necessitated a lot of lines and curves that, for the longest time, had absolutely no connection to each other for me 🙁

In those days, of course, you had to learn to write. There were no computers, even typewriters were usually found only in mom and dad’s office (at least in my home), and of course, a phone which you used to communicate with a keyboard was a purely science-fiction, futuristic idea.

While some make a case that handwriting is no longer necessary to learn today, here are some reasons why I think it’s still important…

Many years ago I was introduced to Visual Latin by a friend of mine. I had been reading studies about the benefits of studying Latin, and as I was also eager to start incorporating a more-Classical approach to our homeschool…well, we all sat down to watch! Visual Latin is one of those programs, similar to Veggie Tales of old, that can be appreciated on more than one level. Dwayne has a dry sense of humor that incorporates comments both mom and dad can relate to, while also maintaining humor and lessons that engage the kids, too. I was especially happy we had gone through the lessons when, years later in Challenge A of Classical Conversations, I discovered that my daughter would be going through Henle Latin – and Visual Latin had a free guide that connected their videos to the Henle lessons. So she was able to move forward while using the videos she was fondly familiar with to review and set her growing knowledge base.

I especially appreciate that they offer the first 6 lessons as a free sample, so you can download and try them out at home before making a purchase. Use this link to take advantage of that offer.

While many define Latin as a “dead language”, I feel otherwise. Many of the concepts and ideas that are foundational to our Western culture were introduced by famous Roman (and Greek) teachers and philosophers, for one, making the essence of the language itself alive and relevant. Other reasons to study Latin today include:

While some may roll their eyes at the concept of studying Shakespeare, in my opinion, there is absolutely no other writer who has ever had a greater command of the language than the ol’ Bard.

Learning and performing Shakespeare has been the absolute highlight of our children’s many thespian efforts. There is something both funny and magical about bringing his words to life with a group of friends!

And Shakespeare also helps with building English and communication skills. Did you know that he invented over 1700 of our common words by changing nouns into verbs, changing verbs into adjectives, connecting words never before used together, adding prefixes and suffixes, and devising words wholly original? Source. 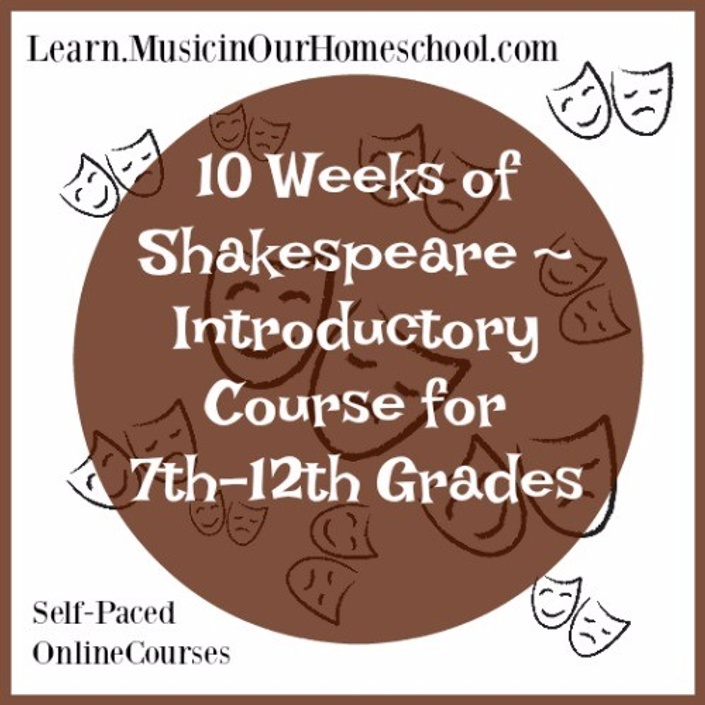 With their interest already piqued by past experiences, I’m starting my high school and middle schooler in this introductory course from Learn Music in Our Homeschool later this summer. When the weather gets too hot to go outside, but none of our scheduled classes and lessons have started up yet, this will be a delightful online course to keep them occupied and interested in something productive.

And oh my word, I will never forget the summer my two boys discovered this website (below). The younger one found it while doing research for a play they were performing in that fall, and he “sweetly” shared it with his older sibling. They spent the entire summer exchanging jabs. It was hilarious – and methinks they did grow a certain ability to have fun and experiment a bit more freely with the grammar and construction of the English language.

I grew up in New York, and remember the year the World’s Fair was in walking distance to the apartment we lived in. The song “It’s a Small World, After All” is forEVER embedded in my brain.

And today, many years later, it’s truer than ever.

Why it’s important and how to study geography in your homeschool has been presented on many pages in this blog:

How to Avoid Raising an Ethnocentric Citizen

How to Bring Geography to Life for Your Middle Schooler

Perhaps this would better be described as clear thinking. In today’s society (well, I guess it’s not really anything new…) our kids are bombarded by propaganda on both sides: the far left and the far right. How on earth are they ever going to learn to hack through half-truths, misinterpretations, to get to the truth of the matter? On any given issue?

Rhetoric is defined by Merriam-Webster as: the art of effective or persuasive speaking or writing, especially the use of figures of speech and other compositional techniques. One of our goals as homeschooling families should be to raise up future leaders. Equipped with an ability to know the difference between solid reasoning and fallacy, along with a clear command of the language, our kids will have less of a chance of being blindly misled and a greater chance of being effective leaders.

I happened upon these two books when I was looking for an alternative to the materials being used in my daughter’s co-op class this spring. Ohmygosh, I LOVE them both!! Written for children 12 years and up, The Fallacy Detective clearly explains and provides examples of errors in logic, and then provides entertaining illustrations of each. Exercises are provided at the end of every section as a further teaching tool. Going through the entire book is the equivalent of at least a .5 high school credit in logic or critical thinking, according to the authors.

(The book’s so well done, actually, that my 16-yr old son recently picked it up and borrowed it from his younger sister for some summer reading! But let’s keep this our secret, shall we?) 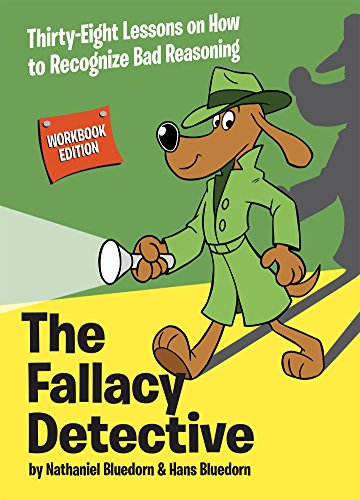 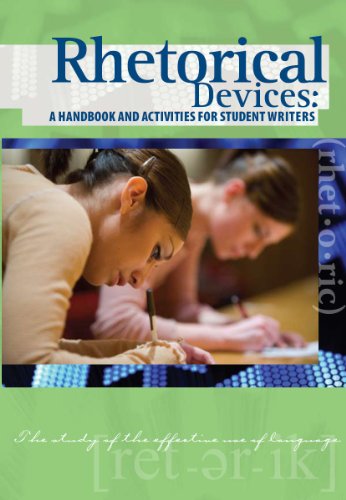 Rhetorical Devices, on the other hand, while equally interesting, illustrates 33 popular devices used for the four common aims of rhetoric: to persuade, to inform, to express or to entertain. By the end of the book, readers will have a clear understanding of how each of them works and will start recognizing it when used in either the written or spoken word.

So there you have it: my list of 5 “old school” subjects that I think are still vitally important for this day and age.

Do you have any “must haves” for your homeschool? What do you think of these subjects? Let us know what you think in the comments below!

This site uses Akismet to reduce spam. Learn how your comment data is processed.

After almost 25 years of home-educating her five children, Pat Fenner continues to encourage and inspire other homeschoolers as they continue on the journey through the high school years. Author, podcaster, and course-creator, she also helps moms find meaning and purpose in the “post-homeschooling” stage of life in "The Empty Homeschool Nest" book and course.  Learn More

Listen to the latest episode!

We are a participant in the Amazon Services LLC Associates Program, an affiliate advertising program designed to provide a means for us to earn fees by linking to Amazon.com and affiliated sites.